This year is the 40 year anniversary of the release of the ground-breaking song, “Captain Jarvis” on United Artists Records produced by Paul Riser on artist Noel Pointer.

The release reached #7 on the Billboard Jazz charts and was one of the most requested songs at the beloved, but now-defunct Detroit radio station, WJZZ.

The song was “discovered” by Riser and local producer Duane Freeman when Hugh was touring and gigging around Detroit with the band Tymepiece. Tymepiece was a local (southeast Michigan) band which featured Hugh Hitchcock on piano and synthesizers with virtuoso bassist Ronald Scott and veteran funk musicians Randall and Allen Lynch on guitar and drums respectively.

Tymepiece performed a lot of funk material along the lines of Brick, Heatwave and Larry Graham, and also ventured into the Funk-Jazz realm with some Herbie Hancock tunes. They were known to do a rousing rendition of songs like “Hang Up Your Hangups” and Chameleon by Herbie, as well as songs by The Jazz Crusaders and The Brothers Johnson.

Mixed in with the cover tunes, Tymepiece would also perform original works from time to time. Once of them was Captain Jarvis by Hugh Hitchcock.

Freeman heard the song as played by Tymepiece live on a gig and decided to bring Hugh into his home studio and record a demo. At that time, Freeman suggested Hugh write a “C” section, which became a prominent “goodie” with which listeners are rewarded. Duane also had the idea to add a “disco” type kick drum beat to the demo which wasn’t originally a part of the song, but which may well have been a helping factor in getting the song sold.

This demo was then marketed to Riser, who heard the potential and decided the use Captain Jarvis for the opening number on a new album he was producing on electric violinist Noel Pointer.

At the time, Noel was looking for a way to break out of the clique-ey New York Jazz scene and do something with a little more cross-over to the RnB and Soul communities. Captain Jarvis turned out to be the perfect crossover track to accomplish that.

The album ended up being entitled “Feel It” and the song name “Captain Jarvis” was retained and the music used for first song on the record, to great effect.

Feel It as an entire work did not gain much of a niche, but the song Captain Jarvis has become a cult favorite. You can find it all over Youtube.

The funny thing is that the original vision for the song has never been heard before — until now! Paul Riser produced the song very nicely, but he and Duane, in the process of preparing the song for commercial release, slightly changed the genre of the song.

So Captain Jarvis started out being an instrumental jazz piece in the mood of a Miles Davis or Herbie Hancock electric jazz funk tune — and was transformed by Freeman and Riser into more of a Motown or Soul Jazz type of work.

Listen closely to that version — you can find more about it and listen here — and you’ll hear the Soul influence – complete with “Shaft” like flutes and french horn descant parts. They are truly beautiful – but they are not how the song was originally envisioned.

Finally… Hugh has put out his own version of his classic track “Captain Jarvis” and you can hear it below in the Spotify player.

If you like the song, I encourage you to support the artist(s) by getting your own download. Here are the links for Captain Jarvis:

I wrote the music for this song “Captain Jarvis” in the late 1970s. I was playing in and around the Detroit area with a wonderful rhythm section called Tymepiece  (later the name was changed to Nextyme) featuring Ron Scott on bass and the Lynch Brothers Randall and Allen on guitar and drums respectively and myself on keyboards and an occcasional excursion on guitar.
These guys were/are some very funky players. So, inspired by my favorite Jazz Fusion artists and the potential of our band, I wrote the track called Captain Jarvis with influence from Miles Davis, Herbie Hancock and others.
This song has a great history – read on. You might be familiar with it because the song became very famous by a great artist, Noel Pointer on United Artists records, produced by major producer Paul Riser.
So here I was, working very seriously with these guys in Tymepiece, learning all kinds of funk and fusion and doing occasional gigs in the “chitlin circuit” as well as a frat party here and there. Somewhere along the way, Tymepiece was “hired” to back up a popular RnB singer named Jimmy Delphs. Jimmy was being produced by RnB producer Duane Freeman, who snagged us to be Jimmy Delphs’ back up band, which got us even more gigs around the circuit. On these shows, we would play a set and then bring out Jimmy Delphs, to big fanfare as he was a powerful singer that would make the ladies swoon and we would sort of fade into the background as soon as he hit the stage.
But when Jimmy wasn’t on stage, we were doing our thing… and part of our thing was Captain Jarvis in a funky, Herbie-ish, Miles-ish tone.
One day producer Duane was on the gig with us and hear us play my song Captain Jarvis, and felt that it could be marketed to his considerable connections in the music biz. So he brought me into his home based studio and had me record a demo of the song. Along the way, Duane suggested the idea of a “C” section, which I wrote on the spot. I give Duane a lot of credit for the insight that the song needed that change even though I wrote the change.
Duane has a vision of the song with a driving more or less “disco” beat, which was a rhythmic step up from my “Miles”-ish flow and definitely different. He overdubbed a kick drum on my demo so we could hear what that would sound like. Probably that helped to sell it to Paul Riser.
Also, to me, Captain Jarvis has always been an instrumental, but Duane wrote lyrics for it and we ended up copyrighting the song with both our names. Duane has the lyrics on file somewhere but I’ve never heard it sung.
With the demo we created in Duane’s basement, Duane eventually was able to get the interest of Motown producer Paul Riser, who ultimately produced and released Captain Jarvis as the centerpiece of a new album he was producing on United Artists records — “Feel It” by Noel Pointer.
Captain Jarvis, which was the first track on the album, reached a #7 spot on the Billboard jazz chart for the year/month of its release and was the #1 most requested song on legendary Detroit jazz radio station WJZZ for the year of 1979. It was a thrill to be able to turn on the radio and hear my tune played over and over again!
“Feel It” by Noel Pointer was released on United Artists with Captain Jarvis as the first track on the LP and the song got a LOT of attention. Captain Jarvis is a “jazz” track, it’s true — but the iconic funk bassline — which was played in the session by Will Lee, no less — really makes the track stand out and causes it to be memorable to most people who hear it.
The United Artists release of Captain Jarvis was also fully instrumental, meaning, to me, it was basically my composition. However – Paul Riser definitely added his elegant Motown touch, with orchestral parts reminiscent of Isaac Hayes’ “Shaft” — and in my opinion, equally as iconic. I think that’s one reason why Captain Jarvis by Noel Pointer is a cult hit among funk afficionados to this day.
I personally have never heard the lyrical version – Duane tells me that Stevie Wonder was interested in recording it at one time… but that it was cancelled due to music biz legal gyrations, partially my own fault. I’ve recently spoken with Duane and we kicked around some interest in getting a vocal version produced – so who knows what might happen? Stay tuned 🙂
In the coming days I will provide my own offering of Captain Jarvis, more or less in the way I originally conceived it before any other producers or writers got involved. I still give credit to Duane for instructing me to write the C section (which I did include in my own version) so he is credited as a writer on the tune as well. Enjoy! -Hugh
Learn more at https://funkatology.com 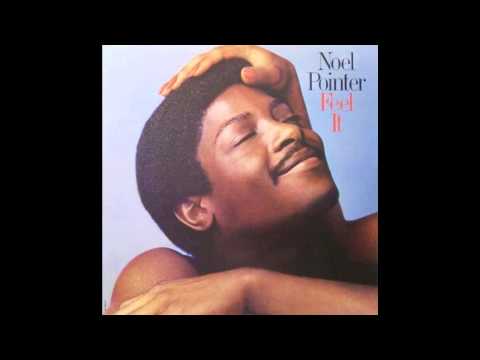